As the leaves change colour, our drinking habits move from Aperol Spritz to pale ale – and with one of the largest populations of breweries in the capital, Hackney is the place to indulge. Here’s where you can sample a few local brews, either at the breweries themselves, or the breweries’ favourite locations.

This new brewery is connected to the St John at Hackney church and aims to give back through the parish community, as well as brewing delicious beers.

Cornwall favourites Verdant team up with London’s Pressure Drop for a range of experimental beers served under a railway arch. Try this: Neal Gets Things Done

The first commercial brewery to open in Hackney since the 19th century, London Fields also offers tours and tastings and is opening a new taproom in late 2018. 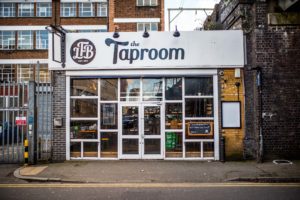 This nano-brewery’s beers are available at Mother Kelly, Clapton Craft, and Eat 17, and they organise the Stokey Beer Festival in February. They tell us ‘being based in Hackney as a brewer is fantastic because people are always open to trying something new. As a small developing brewery we’ve felt very supported here, it’s one of the reasons we’re still going!’

While the seven-year old brewery currently hosts occasional events, a more regular schedule is planned for next year. Its beer can be found around the borough and they tell us ‘there are so many great places to drink in Hackney, that have their own feeling and personality, we are a big supporter of the local community, bars and charities.’

Filling the ‘quirky’ bracket, this brewery offers neon signs and hideaway bunkers as you sip its beers. 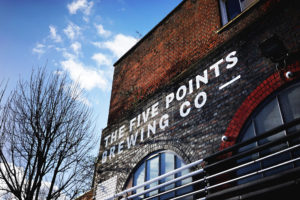 This Hackney institution hosts brewery tours once a month, and the pub opposite the five road points the brewery is named after that they have recently acquired is open from 4pm daily. They tell us ‘whether it be a classic East End boozer, or a vibrant, new-wave craft beer taproom, the variety of places to drink beer in Hackney is incredibly diverse – and unparalleled in London!’

A brewery with a fierce independence and a very fun taproom, Forest Road have got two core beers and are often collaborating with other breweries.

Crate Brewery is part of what made Hackney Wick canalside such a popular area – with its airy outdoor space, it’s a drinker’s paradise.

Just behind Crate, Howling Hops’ tank brewery is just as impressive a space. The beer is served alongside regular USbbq style pop ups.