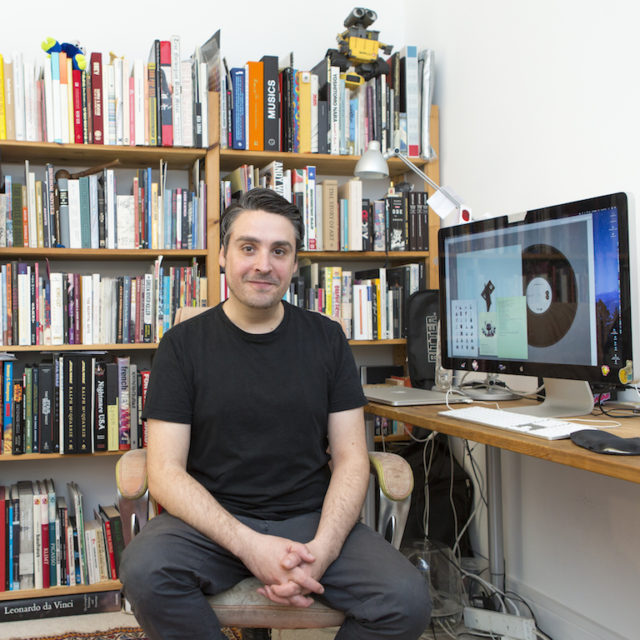 I moved to Stoke Newington in 2011 with my wife from neighbouring Highbury and Islington where I had lived most of my life. I spent a lot of time as a teenager in Stoke Newington and have witnessed the transformation of the neighbourhood.

I started Blank Editions primarily as a vehicle for artists in and around Hackney to release music in a very streamlined way and document the collaborative spirit happening in and around our neighbourhood.
We release a variety of genres, but I guess what makes many of these recordings somewhat unique is down to the fact many of our releases either share recording facilities or members who have collaborated in some capacity at some point in the past. The local connections allows artists to develop a friendship, and work in ways that feel transparent and natural, without contracts and lawyers. Despite the size of the label, which is small, it feels right to work that way.
Some of our releases have had a very focused narrative relating to N16. For example, our first release from Thurston Moore, whose A side, entitled Detonation, was a homage of sorts to the Angry Brigade, a revolutionary group that operated from a house in Amhurst Road in the 1970s.

In January of this year, we released material by a Stoke Newington based artist working under the name Bark! Dead Summer. The EP was called Wanderings, which was a direct homage to the remains of the New River and the Piano Factory that once stood in what is now Red Square, just off Carysfort Road where the label was originally founded.

In 2014, we put out a solo 7” by Yuki Tsujii from the Hackney based band, Bo Ningen, Yuki’s solo record had a leaf taken from Clissold Park and inserted into each package along with the record itself, these records were then shipped all over the world. We had to get clearance from the embassies to find out if they allowed this kind of vegetation into their countries. It’s funny to think that there are leaves from Clissold Park in quite a few countries around the world due to this release.