The global spotlight is now on Korean cinema like never before thanks to Bong Joon-ho’s Parasite.

Set to run from 29 October to 12 November, the 15th London Korean Film Festival will offer both physical cinema and online screenings this year, amid the Covid-19 pandemic. Opening with the European premiere of comedy-drama Pawn by Kang Dae-kyu, the festival also features a Bong Joon-ho short film series showcasing early works like Incoherence (1994) and Influenza(2004).

40+ films available online to audiences across the UK, prerecorded interviews, live Q&As and other virtual events, along with a selection of special cinema screenings taking place in London. 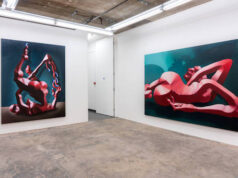 Exhibition: It still smells of nothing | Cathrin Hoffmann