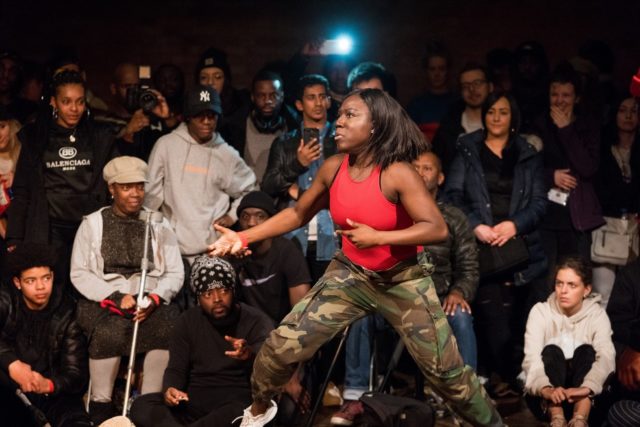 Now in its 5th year, renowned international dance competition Popcity UK returns to London on Saturday 25 January 2020 bringing together world-renowned dance artists and the UK Hip Hop and Popping community with UK-based dancers, international judges, guest performers and live DJs in one of the first Hip Hop events of the year in the capital.

Winners will have the chance to represent the UK at the Popcity Finals in East Asia in December 2020. The main battle event will be streamed using Instagram Live. Activities leading up to the competition, which takes place on Saturday 25 January, include an inspirational training intensive led by London’s pioneers of Hip Hop and taster sessions for locals in the London Bridge area throughout winter.

Popcity UK is an event for emerging and established Hip Hop dancers of all ages from across the UK to come together to train, share knowledge and compete. It is open to anyone who is interested in watching or taking part in Street Dance forms. Under the creative vision of Dickson Mbi, Brooke Milliner and Shawn Aimey from the prestigious Popping Crew Fiya House, the programme creates a platform for the UK Hip Hop scene to grow, and to gain greater international visibility. Popcity UK is led by Hip Hop artists for Hip Hop artists, with the community at its core. Fiya House travel across the globe to compete in prestigious Hip Hop and Popping competitions representing the UK and often come home victorious. 2019 Popcity UK winner Mr Ness (Epangue Nelson) went on to win second place in the World Finals in Seoul, Korea in October. London was one of 11 cities that competed in the final. Fiya House co-director Dickson Mbi is not only highly respected within the Hip Hop sector, he has also gained public notoriety for his practice as a contemporary dancer working with the likes of Russell Maliphant and Akram Khan. He was nominated for numerous major awards including ‘Best Achievement in Dance’ at the UK Theatre Awards 2017 and for the ‘Southbank Sky Arts Breakthrough Award’.