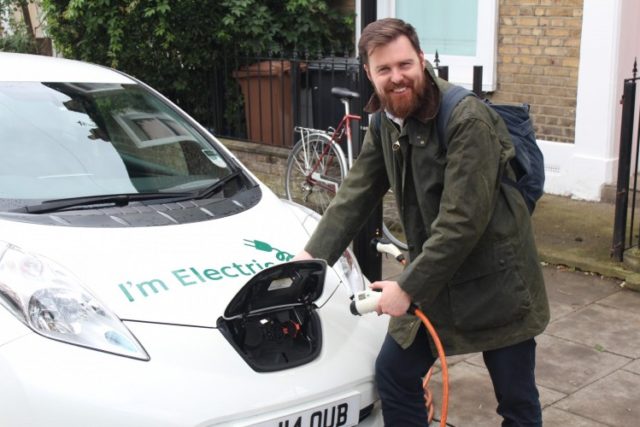 An additional 182 electric vehicle charging points are set to be installed in Hackney this year, with the Council also launching a feasibility study into the rapid expansion of charging infrastructure in the borough.

Of the new charging points 120 are set to be installed on lampposts – with dedicated charging bays created on the road – which will bring the total number of chargers in Hackney to 298.

Funded by the Department for Transport’s Go Ultra Low City Scheme, with match-funding from the Council, the lamppost chargers make use of the existing power supply to lampposts to provide additional charging points, and will help people make the switch to electric vehicles, reducing their impact on air quality.

Residents and businesses are being asked to suggest locations for the new charging points that will best support people to switch to electric vehicles.

The Council is also commissioning a study that will investigate the feasibility of delivering lamp column charge points on all of the borough’s residential roads, as part of a broader programme to drastically reduce motor vehicle pollution without increasing car ownership overall. When we declared a Climate Emergency, we pledged to do everything in the Council’s power to reach net zero emissions by 2040, which includes taking action to rapidly reduce transport pollution, the UK’s largest and growing source of global warming emissions.

“While we are working to reduce the overall number of cars on Hackney’s streets – supporting people to become more active and making our public spaces safer – the expansion of electric vehicle charge points, alongside our emissions-based parking system and other measures to discourage car ownership such as the rebalancing of road space away from cars, will help ensure that  the remaining motor vehicles are increasingly zero emissions. This will eliminate carbon dioxide emissions at the tailpipe and significantly reduce the toxic particulate matter that motor vehicles produce.

If a charging point were to be installed on every street, up to 2,000 would be seen across the borough, building on the Council’s existing commitment to provide a charging point no more than 500m from every home.

As part of the study, the Council is exploring how its new publicly-owned, low carbon energy services company, Hackney Light and Power could be used to power the new chargers. “

Residents who want to suggest locations for the new lamppost chargers should contact movegreener@hackney.gov.uk. Findings from the feasibility study are expected to be available in the summer.