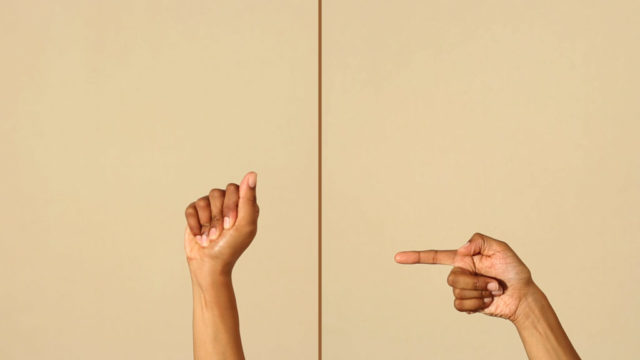 Whitechapel Gallery is bringing film, video and animation from around the world to audiences at home as part of its Artists’ Film International (AFI) programme. During our precarious times, every Tuesday a film selected by one of 20 global partners launches on Whitechapel Gallery’s website.

Local sounds, rituals and political realities prominently feature in our online season; from the rhythms and images of a Bahamian Junkanoo to an exploration of ancestral lands on the desert border between Mexico and the US. Language is the common theme of AFI’s 2020 programme, and every film uses language to intensify place.

AFI is a consortium of organisations from cities around the world, from Bergamo to Buenos Aires, Kabul to Marfa, Mumbai to Istanbul. Since 2007, AFI has been screened in Whitechapel Gallery’s auditorium and at partner venues but while our galleries are closed due to coronavirus, many of these films are now available online for the first time for a limited period.

This week’s film-screening is selected by the Museum of Modern Art, Warsaw, Poland. Created by Dominika Olszowy (b.1988, Poland), Wanda Wanton (2016) features a mysterious lead figure called Wanda. By day Wanda works as a Polish language teacher, and by night may be possessed by the spirits of ancient Germanic tribes known as Vandals. Interviewed in a mockumentary format, the possible alter ego of the artist illustrates her life philosophy that creation can come out of destruction.

Bonniers Konsthall, Stockholm, Sweden selects Lisa Tan‘s (b. 1973, USA) My Pictures of You (2017-19) in which photographs taken on Mars are interwoven with filmed sequences from Earth.

MMAG Foundation, Amman, Jordan selects Mohamed A. Gawad‘s (b. 1983, Egypt) betalpha (Balbalah) (2018) which plays with words and their meaning, juxtaposing them with extracts from films by Stan Brakhage and Buster Keaton.

Project 88, Mumbai, India selects Raqs Media Collective‘s(founded 1992, India) Passwords for Time Travel (2017) which combines the enigma of a spell with the precision of a dictionary entry.

Films launched online since the lockdown, and still available to watch for a limited period include:

Rhea Storr’s (b. 1991, UK) Junkanoo Talk (2017), selected by Whitechapel Gallery, London, United Kingdom. Storr’s imagery unfolds like a language without words, where vivid shots of Junkanoo carnival costumes are accompanied by sounds made on the body to the beats of Bahamian Rake ‘n’ Scrape.

Ailbhe Ní Bhriain’s (b.1978, Ireland) Inscriptions (One Here Now) (2018), selected by Crawford Art Gallery, Cork, Ireland. A camera delves deep into a quarry in Ní Bhriain’s film, tracing the scars left by machinery on the rock surfaces and industrial notations which mark the disappearance of the landscape.

Miguel Fernández de Castro’s (b. 1986, Mexico) Grammar of Gates (2019), selected by Ballroom Marfa, Texas, USA. Fernández de Castro invites viewers into the overlapping territories, languages and conflicts that mark the border between Mexico and the United States within the ancestral lands of the Tohono O’odham Nation.

Iwona Blazwick, Director, Whitechapel Gallery, said: ‘In this unprecedented moment when our galleries and borders are closed, we wanted to share a season of films from artists working across the world. Together with our partners our selection touches on ever more important issues, from our impact on the environment to architectures of power.’