Included in many cafes’ breakfast/ brunch sections, menemen is a delicacy of Turkish cuisine. Dishes similar to menemen are shakshuka in the Middle East, strapatsada in Greece, piperade in Spain, huevos rancheros in Mexico, and uova piccante
in purgatorio in Italy, while some menus in the UK list baked eggs. Menemen is a feast that is made from tomatoes, green peppers, onions , olive oil and eggs.

In the Middle East’s version spicy—shakshuka —cumin seeds and harissa are added. In Greece’s strapatsada, there is a difference of cheese: in strapatsada, feta cheese is whisked inside the eggs and is then poured onto cooked peppers, onion and tomatoes. In Spain’s piperade, the ingredients are the same except a non-spicy pepper, named espelette, gets involved in the dish. In the Italian version, uova piccante in purgatorio, parmesan cheese and garlic are included in the recipe.

Derviş and Gazi Garip, owners of Clapton’s Cafe Mosaic, have said that menemen is a best-selling dish on the weekends.

‘Some of our customers were asking if we were making baked eggs. Menemen, baked eggs, shakshuka are all the same dish. On the weekends our customers are often feeling hungover and they find an English breakfast quite heavy. Menemen is both light and also acts as a hangover cure when it is combined with Bloody Mary cocktails. Menemen is our menu’s favourite brunch selection.’

First making the scene with Turkish restaurants in North London and then with Yotam Ottolenghi’s shakshuka, this dish has spread its fame all over the UK. You must also try to cook it at home, at some point. 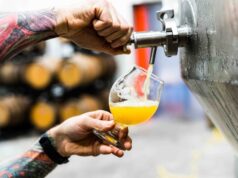