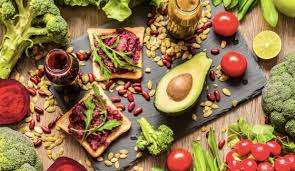 Two of the leading vegan organisations globally are brought together as The Vegan Society has become an official partner of Veganuary for 2020.  To celebrate, The Vegan Society is hosting ‘Pop Up for the Planet’ event in London to bring veganism to the masses during the New Year’s resolutions period. The four-week-long pop-up space in the capital’s Mare Street Market begins on 6 January, ends on 30 January, and aims to encourage people to begin their vegan journey. As the world is facing a climate emergency, the event will focus on promoting the positive link between veganism and the environment, whilst also addressing health and ethical concerns.

There will be free goody bags containing vegan products and a free sample of Northern Bloc’s delicious vegan ice cream for all participants. The pop-up space will be open to the public on weekdays between 11am and 7pm and on weekends between 10am and 6pm.

The address is Mare Street Market, 117 Mare Street, Hackney, London, E8 4RU. There will also be special events, such as a book signing by the former Head of Campaigns at Veganuary, Rich Hardy, who is launching an animal farm investigations book, entitled Not As Nature Intended.

TV star Matthew Pritchard (Dirty Vegan) will also host a signing of his brand new cookbook, Dirty Vegan: Another Bite. Mark Banahan, Campaigns Manager at The Vegan Society, said: “We are delighted to be an official partner of Veganuary for 2020. “Veganuary’s month-long vegan pledge has been a huge success, which is shown in the extraordinary growth in participants since it was established in 2014.

“We hope that our Veganuary-themed event, Pop Up for the Planet, will continue to share the many benefits of veganism and help people take their first step towards becoming vegan.” A closing party will also be held on 30 January to engage with key influencers and the media.

This event is invite-only and not open to the public. You can sign up to the Veganuary pledge here and find out more information about the partnership or Pop Up for the Planet event here.

About The Vegan Society

The Vegan Society is the world’s oldest vegan society whose co-founder Donald Watson defined the term ‘vegan’ in 1944. We are a registered educational charity that provides information and guidance on various aspects of veganism, including to existing and potential vegans, caterers, healthcare professionals, educators and the media