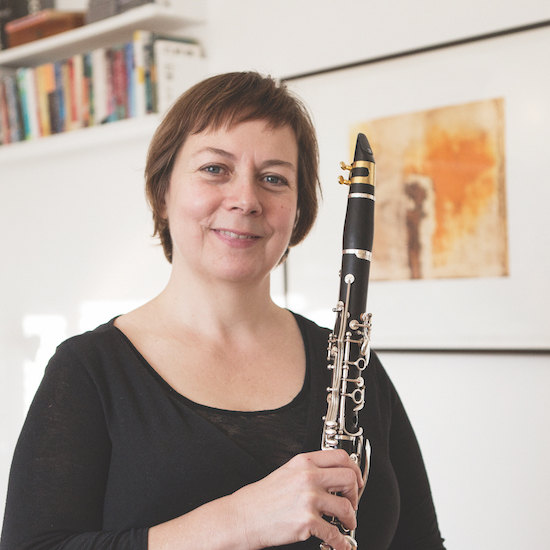 The renowned clarinet player of War Horse fame talks about discovering her mother’s mysterious life and why she loves Stoke Newington’s lentil soup.

I starter to play the clarinet because of a lie. I had in fact been playing piano since I was five years old. Once my father showed me his old clarinet which for some reason I remembered and when the school orchestra had a space for a clarinettist, I unhesitatingly volunteered. I had never even put one together before!

A youthful career followedin county orchestras and as woodwind prize- winner in the BBC Young Musician of the Year competition. When I was 25 my mother Selma died. I was devastated, but in your twenties you just get on with things. 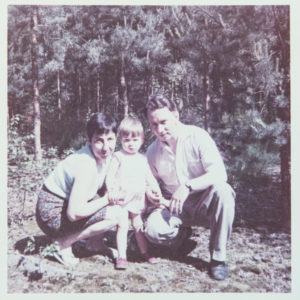 HER PAST IS A MYSTERY

Afterwards, it slowly dawned on me that her life had not been as I thought it was. I didn’t know who Selma Ashworth really was. I’m still in the dark 25 years on. Her past is a mystery.

I know she was born into an old Istanbul family in Kadiköy, an area on the Asian side of Istanbul in 1927. Her brothers were a journalist and an engineering professor. Her father Huseyin Sami was an MP in Atatürk’s second parliament and economic attaché in Paris. I’m named after my grandmother, “nene” Neyire Sami.

I know Selma “escaped” Istanbul by going to Nuremberg to learn German, married an airline pilot called Herman and then ran from there, only to find herself free and single in 60s London.

In 1976, when I was 11 years old, she and I spent our second and last summer together in Turkey. There’d been an amnesty on political prisoners and Selma felt it was safe after many years in exile. We were arrested and banned from leaving the country until Selma went through a judicial process. She was lucky to be released, but never returned.

After a year in Venezuela in 1998, I returned to the UK with no work. I studied to be an actor; a long-held wish. I also taught English as a second language in community and refugee centres around London. This was when I discovered how much I loved Stoke Newington.

The Turkish-Kurdish Community Centre at that time was in the former Simpson House factory on Stoke Newington Road. I’d say the best mercimekçorbası (Turkish lentil soup) in Hackney was made in their restaurant. I often sat there drinking a glass of Turkish tea. It was an important
and humbling time. I moved into the area and my career flourished.

My first ever visit to Stoke Newington was with my mother over 30 years ago. Looking for all things Turkish, we ended up on Newington Green eating lahmacun; another time, dinner in the Istanbul İşkembecisi. Selma ordered tripe soup and a dessert called tavukgöğsü – I had to guess the secret ingredient (chicken!).

War Horse is a hugely successful musical theatre piece produced by the National Theatre. Throughout my career I have freelanced on many West End shows, including Miss Saigon, Mary Poppins and Martin Guerre, but that I worked as a musician for seven years on this superb adaptation of Michael Morpurgo’s novel, has been a wonderful surprise.

Presently I play with the New London Chamber Ensemble and Zimro Trio. I also freelance as an orchestral, chamber and improvising musician. I write too. My one-woman performance pieces “Stenclmusic” and “Stolen Voices” use storytelling, performance and music to explore people’s stories.

My mother described her time on the King’s Road as colourful. Initially she walked dogs and polished silver to earn a living and from 1972 worked for Bata Shoe Company, Oxford Street.

My father Ronald is from Lancashire. His parents were hard- working northerners who struggled to survive. My parents met around 1960, shortly after he arrived in London, where he worked as a project engineer for Frigidaire.

It was a time of partying. They frequented bars and many a Turkish embassy cocktail party. My father described my mother’s English as excellent, apart from the odd skewed colloquialism: “I would give my bottom a dollar”! They married in 1963.

My parents were like chalk and cheese. The thoughtful, English working class engineer, and the multilingual, political adventurer. Both staunch Socialists, he an introvert, she a gregarious storyteller. Their marriage lasted until 1978.

My father has recently moved to Southampton and I visit him as much as I can. Generally, we’ll go and do errands together, then head for the sea. He has a garden again. And he loves the birds. This, along with his many other pastimes, keeps him busy; never a bored moment, he says.

In the last five years I’ve started visiting Turkey regularly. Selma asked to be cremated and for her ashes to be thrown into the Bosphorus. So now my first port of call in Istanbul is the water’s edge, by the Galata Bridge, to breathe in the salty air and remember her.