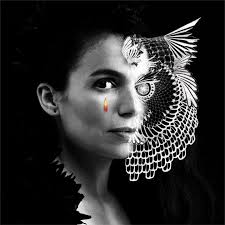 Music is anything but a job to Naim and Donatien. It’s entwined in every aspect of life for the musical and romantic partners, who recorded their third album, Older, together in their family home on the outskirts of Paris.

Her two previous albums co-produced with Donatien met with wide international acclaim, and include songs such as ‘Too Long’, ‘Come Home’ and ‘Go to the River’, as well as a cover of Britney Spears’ ‘Toxic’.

The pair recorded the first, self-titled, Yael Naim album on rudimentary equipment in her Bastille apartment, and watched single ‘New Soul’ become an unlikely worldwide hit following its use in an Apple advert in 2008.

Together, they explored new sounds. Elvis, Aretha, Ennio Morricone, Danger Mouse and The Meters, whose drummer Zigaboo Modeliste appears on Older, are among the pair’s influences.

Born in France to Tunisian parents, raised in Israel, and residing in Paris since age 21, Naim sings in both English and Hebrew.”